The first seed of what would grow into Gamezenter was planted a long time ago in a country far, far away.

While many interesting ideas and fun games came about from the meetings in Nottingham, one has particular importance to our story.

Between meetings, the team would visit Bugman’s Bar, Games Workshop’s in-house tavern and gaming area. Christian was both impressed and fascinated by the concept.

Upon returning to the U.S., the concept kept its intrigue, and the first steps of the Fantasy Flight Games Center was taken.

“I love game stores, game conventions, and gaming communities” said Petersen. “I had a vision for our own ‘take’ on the brilliant Bugman’s. An opportunity to create a place that would be a physical crossroads for our publishing staff and the gaming public. A place that could be a “convention every day’.”

The first incarnation of the Fantasy Flight Games Center was built on Oakcrest Avenue in Roseville, MN, directly adjacent to the FFG studio (at the time separated from the business and warehouse FFG units by a few blocks).

At ~6,000 sqf in size, the first Game Center was not a small facility, and sported many of the same features that remain today: open game tables, retail, food, and events. It started slow, but began building a loyal audience in the months and years after its launch. A particularly memorable event was hosting George RR Martin (of Game of Thrones fame) at FFG’s “Days of Ice and Fire” event. As George began to speak, a great snowstorm descended on the twin cities, reminding us that winter not only was coming, but had arrived.

Yet, the location was tucked away in the corner of a warehouse building and didn’t have hot food or beer (both key components of faraway Bugmans). As such, the Oakcrest location didn’t manage to meet Christian’s vision for what it could be. 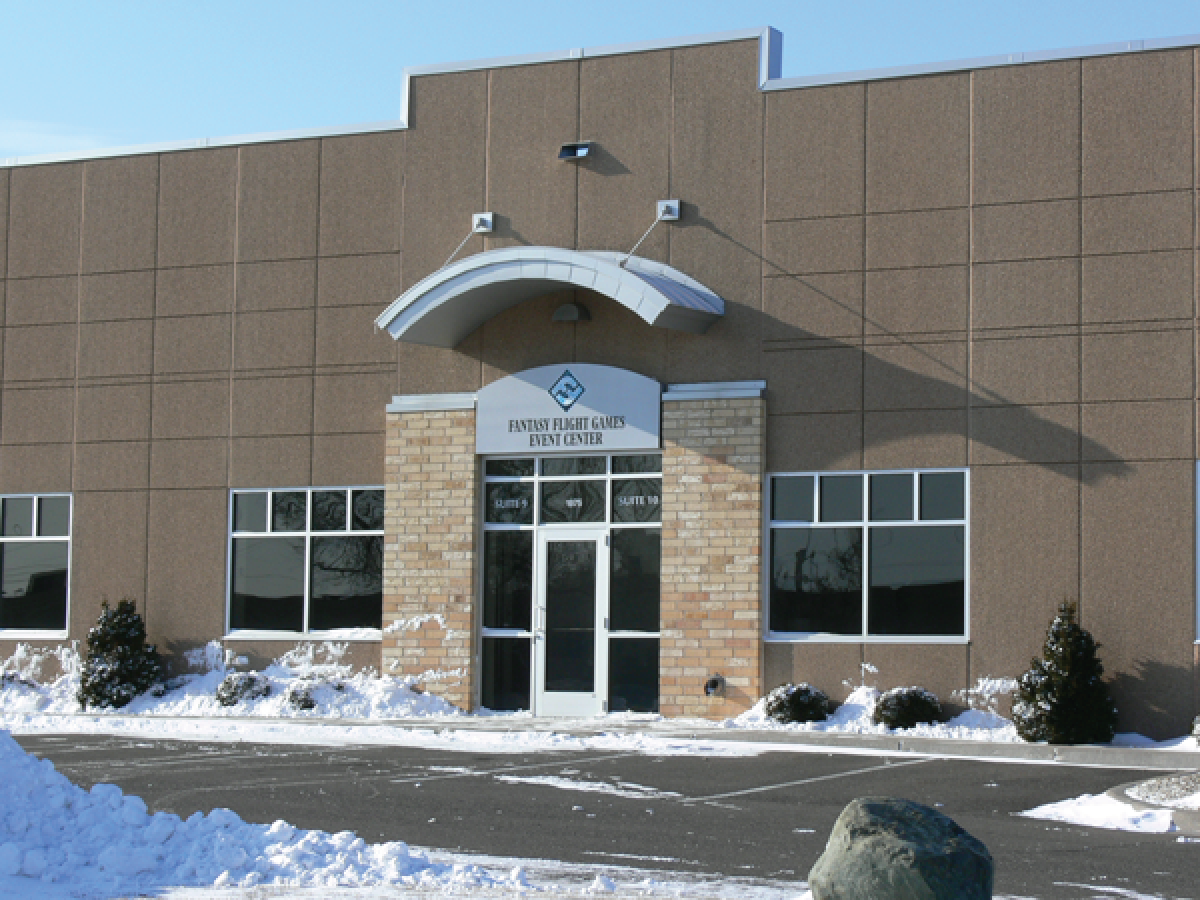 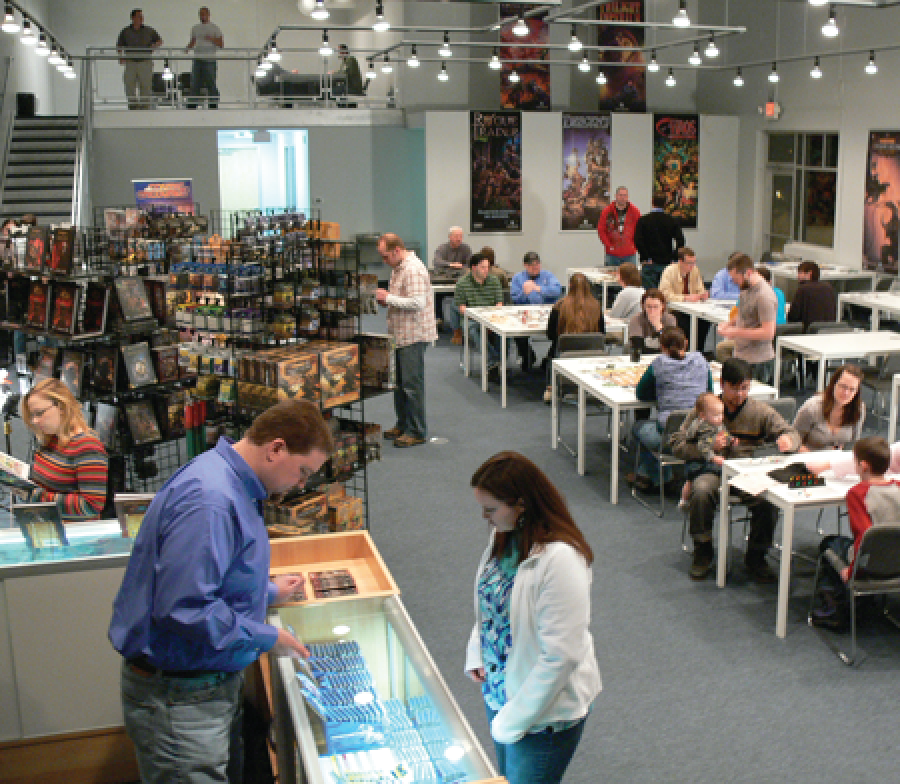 What is Old is New

FFG grew rapidly between ’08 and ’11 and space went from a problem to an emergency. A few of the “gaming rooms” at the back of the Games Center were appropriated into offices.

To allow for FFG to spread its wings and consolidate into a single space, FFG began remodelling a 100,000′ section in the building across from its existing warehouse and business offices––those same offices which had originally housed the entire company for most of its existence until the studio unit moved a few blocks away to Oakcrest.

Once completed, the move would vacate the old FFG offices and warehouse, as well as the FFG studio space adjoining the Games Center.

Petersen thought those old offices and warehouse space to be an ideal opportunity to level-up the Fantasy Flight Games Center. Resultantly, an ambitious plan was drawn up to expand the Games Center four-fold, add a commercial kitchen, craft coffee, draft beer, and a huge event space.

FFG moved into their shiny new offices in mid-2012, and the new Games Center launched later that same year.

From its bedrock of loyal patrons, the Games Center 2nd Edition was a big success that would draw thousand of visitors a week, and host a great variety of events for FFG and the local community. 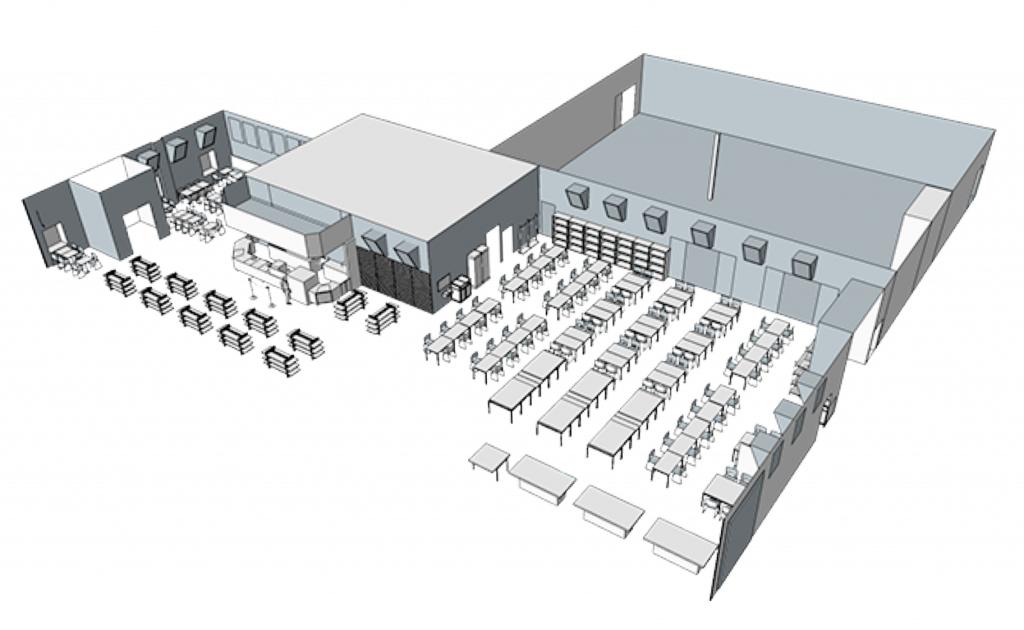 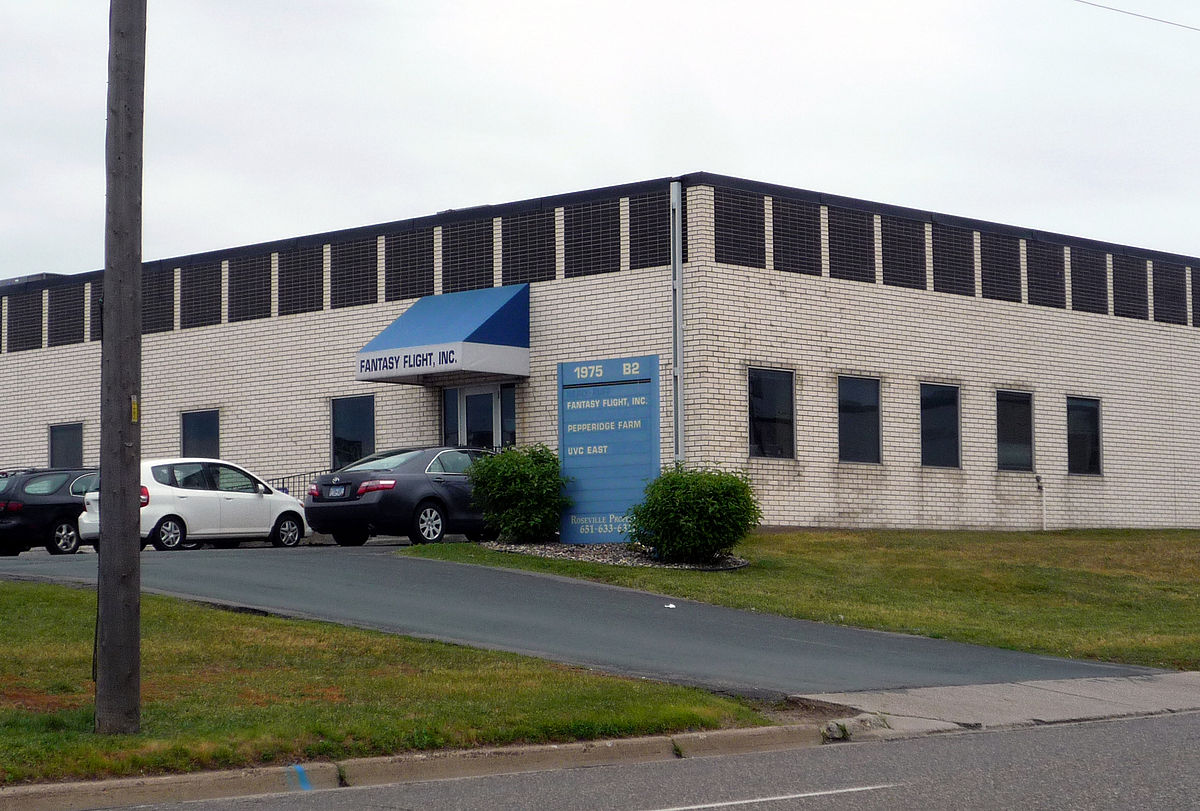 New and Shiny Icons Appear in 2012 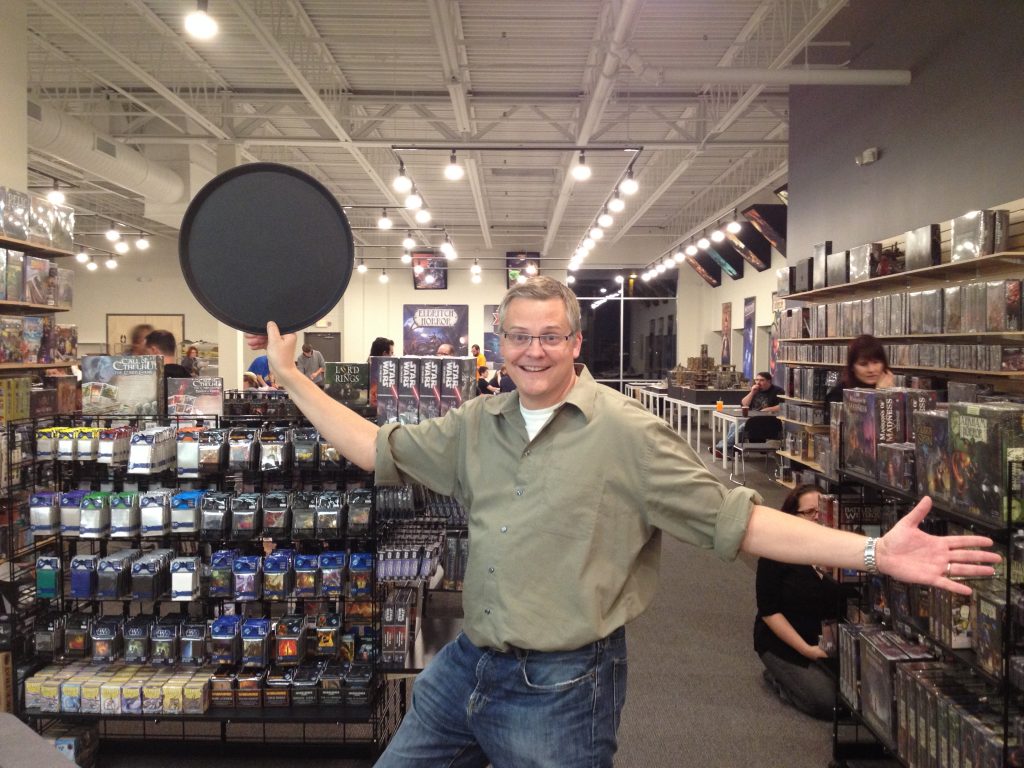 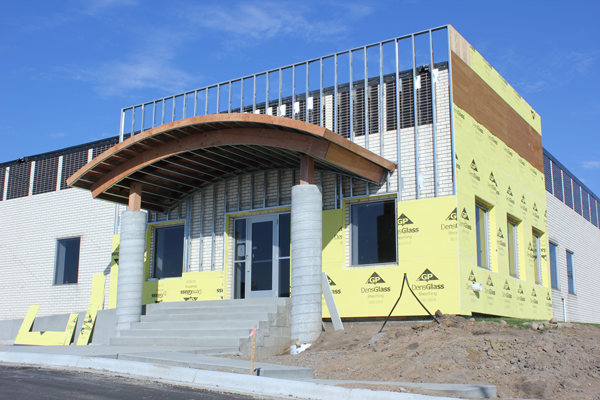 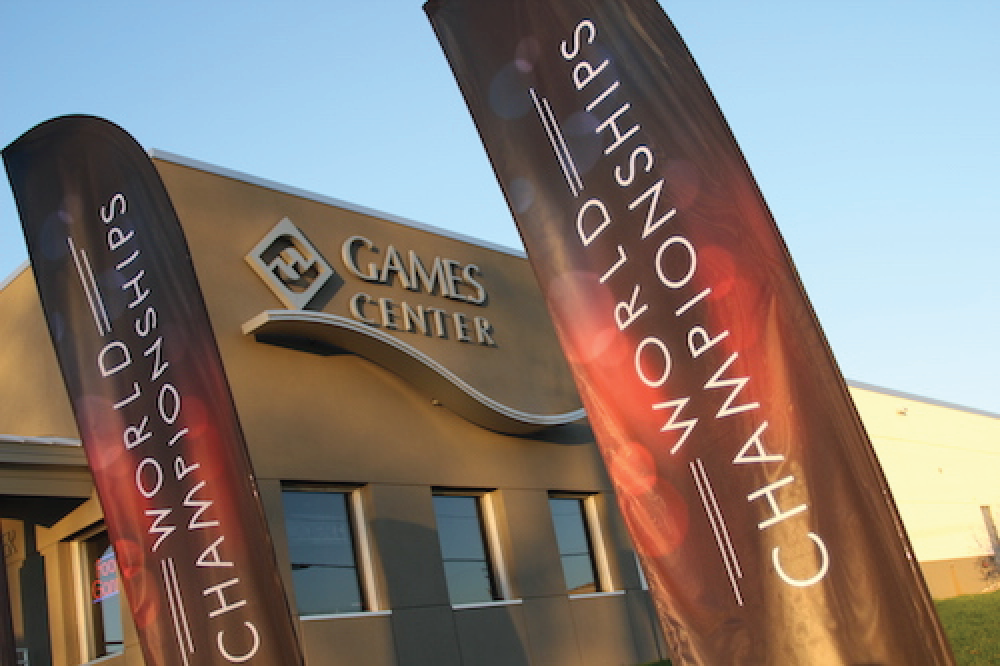 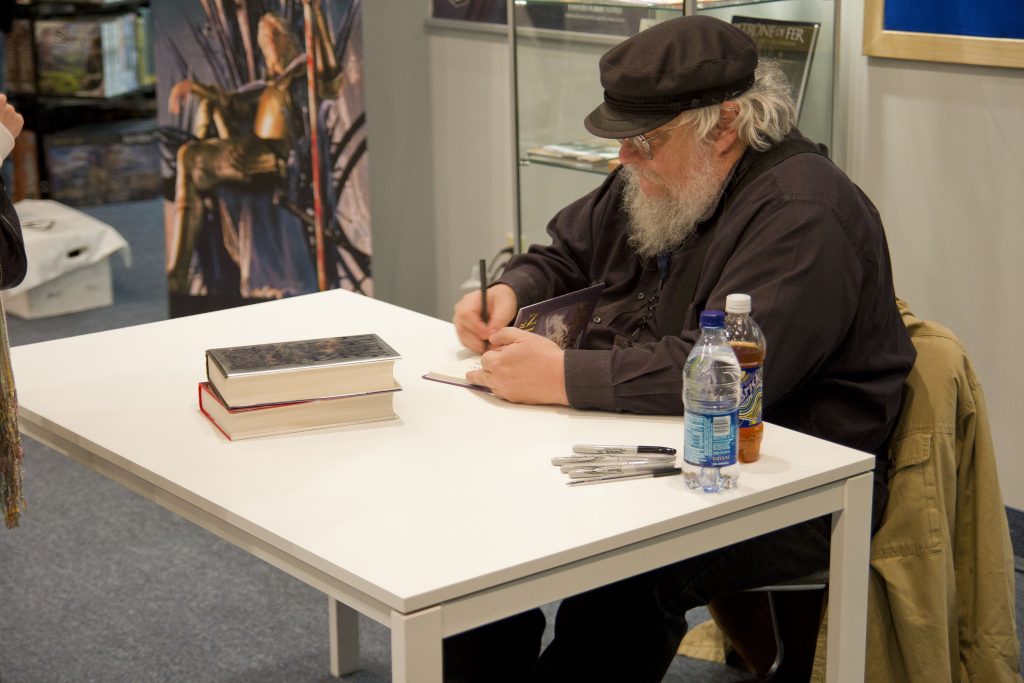 The Wheels of Change Take a Strange Turn

In 2014, FFG merged with Paris-based Asmodee Group, and the business functions in Roseville increased dramatically. With so many more additional brands and distribution functions under management in Roseville, the Game Center gradually fell in attention and priority. Not out of lack of love, but lack of bandwidth.

To Petersen, the Games Center continued to be a point of pride and joy. Even after all it had accomplished, he felt that it had unmet potential. He was therefore thrilled to negotiate a purchase of the Games Center business from Asmodee into a new company founded by Strange Stars: Gamezenter, Inc. 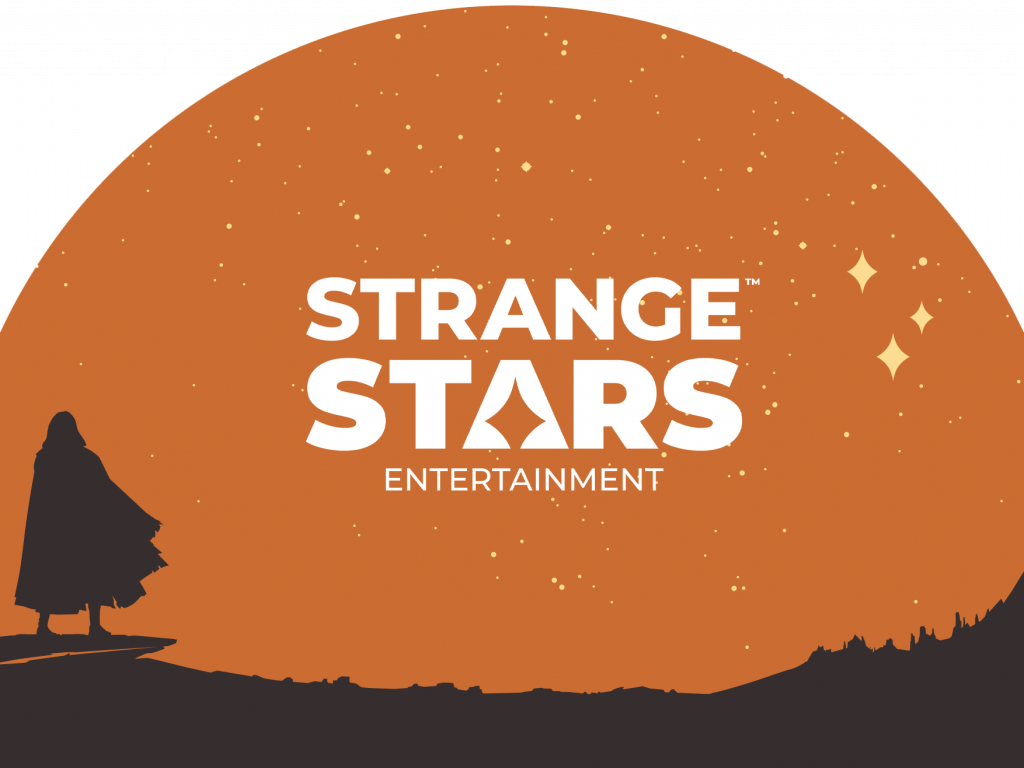 Not weeks after the deal was made, the grim tide of COVID-19 virus swept across the world from Wuhan, China. In response to this catastrophe, the State of Minnesota shut down and restricted many small businesses, seeking to suppress the spread of the disease.

The Games Center was (and is) built foremost on the principle virtue of getting people together face-to-face. COVID-19 and its countermeasures could not have been more anathema to any business as it was to the Games Center.

As one could imagine, these dramatic events slowed the deal considerably, but the purchase was finally closed on September 1st, 2020, even as the world was still under the shadow of the virus and were to face new restrictions heading into the winter. 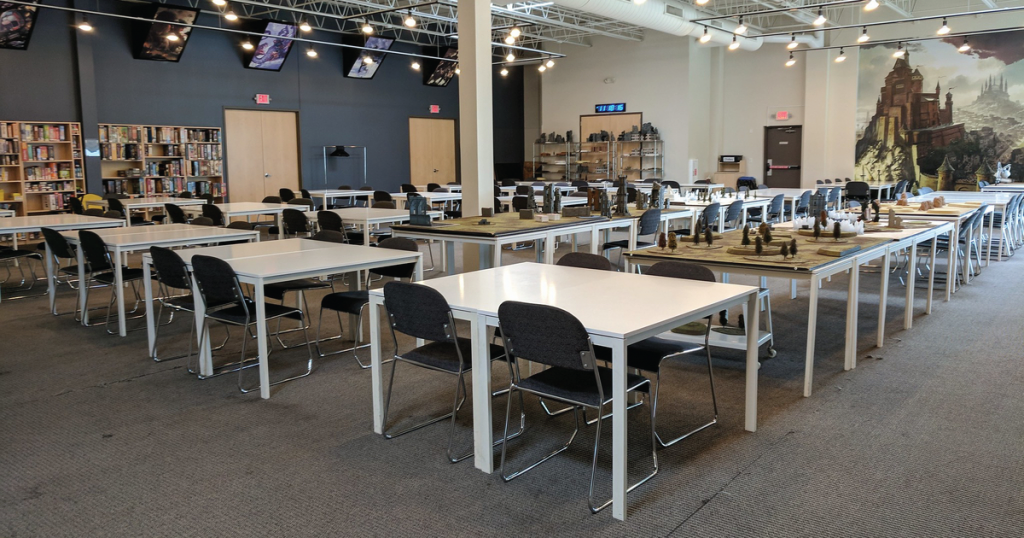 While the chairs and tables of the Games Center had only the ghosts of gaming past for company, the Gamezenter team has worked hard on the Game Center’s upcoming relaunch and rebranding into Gamezenter. One priority was to set up and launch a robust e-commerce practices, a business the Fantasy Flight Games Center had never entered.

With the hopeful bloom of vaccinations growing, Gamezenter looks forward to a relaunch and rebirth in the Spring of ’21 and to additional cool additions and initiatives in the years to come.

The Gamezenter e-commerce facility is up and running!