This event has passed.

Imperial Assault is a strategy board game of tactical combat and missions for two to five players, offering two distinct games of battle and adventure in the Star Wars™ universe!

Welcome back players! We have a free event for Imperial Assault players that will be using the Continuity Project changes. Changes can be seen at https://ia-continuityproject.com/

Come fight the forces of tyranny – or crush the rebel scum with your ingenious tactics! 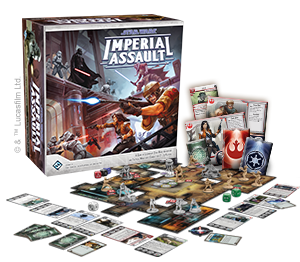