War is breaking out across the galaxy! Assemble your legions and join the battle!

Star Wars: Legion is a miniatures game of thrilling infantry battles in the Star Wars universe! Come join the battles of the Galactic Civil War as the commander of a unique army filled with troopers, powerful vehicles, and iconic characters like Darth Vader or Luke Skywalker.

Whether you’re a veteran general or a fledgling commander, you’re welcome to join us with your army every Tuesday night and see if your legion has was it takes to win! 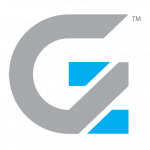