Can your gang survive outside?

Sure you’ve managed to live, maybe even thrive, in the choked halls and streets of the Underhive. But do you have what it takes to manage under the blistering sun of the Ash Wastes? Necromunda: Ash Wastes takes your gang out of the claustrophobic and dangerous sprawl of the hive cities, and into the agoraphobic and deadly wastelands.

The stakes are the same- life or death. The dangers are different- outcasts, nomads, choking dust, scorching heat, and giant fleas…

Maybe you were better off underground? But you’ll never know until you challenge yourself and take your campaign to the next level. Pick one of the two complete gangs in this set and start battling.

This is everything you need to play Necromunda. Whether you’re a green, ganger initiate, or a battle hardened veteran this is the perfect addition to expand your campaign.

Also included is a 176-page hardcover Necromunda: Ash Wastes rulebook containing:
– Background on the Great Equatorial Wastes, including its inhabitants and notable locations
– The rules for playing games of Necromunda, including rules for vehicular combat
– Rules for fighting in the Ash Wastes, including unpredictable weather
– Multiple scenarios and a full campaign to play through
– Rules for creating your own gang 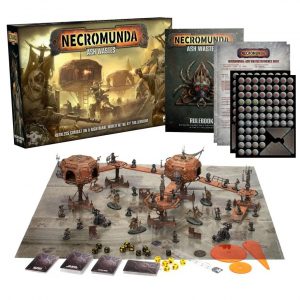 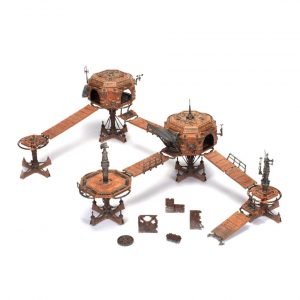 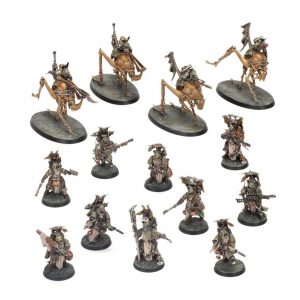